Are you a student from junior high school or parents who are looking for the new high school for your kid? Well, anyone is not a problem because the important thing is that you have the same goal. The Information Technology High School will be the new way to your brighter future. It is the quality school in 21-16 44th Road Long Island City, New York, Long Island City, New York 11101 United States. Certainly, you include the luckiest people if you success to enter the school later.

Information Technology High School established in 2003 with the first graduation in 2007. Up to now, the school has been running with many principals where Jeffrey Levin was the first. At the first school year, Nora Lee Montemerano replaced him but she got sick after the first year of her leadership. Then, the vice principal Joseph Reed changed her during the medical treatment. In the five school year, she resigned and Dr. Nancy Casella came as the Interim Acting principal. Dr. Casella had been leading the school for two years before Ms. Patricia Martin. Then, Joseph Reed became principal in September 2012 and the school has gone through many changes both negative and positive.

Okay, that is a bit history of the school where it has experienced many events. Additionally, the school opens for the public with Red on Black and White as the school color. It consists of 9 to 12 grade with 28 students for each class. The school has many sports programs such as basketball, baseball, bowling, fencing, wrestling, football, volleyball, cross country, and indoor and outdoor track. Even though, most of them are not as popular as basketball and football in the early school years:

Even though there were often coaching changes, it has the most successful team in their playoff games. Head Coach Jose Ferrer, at this time, holds the longest tenure who lead the boy’s varsity team for the playoffs. They never win final indeed but they had many successes. Meanwhile, Head Coach Geoff Serrano brought the Girls varsity basketball team to the playoffs game.

Football has also given successful as school achievement. Even, it has been recognized as a predominant contender in the PSAL Cup Division since early 2006 inception. The Blackhawks as the name’s team has the number one range for the team’s defense. Even though, it never reached the playoff games in 2009-2010 and stop at the semi-final game with Automotive High School (20-0). David became the Assistant Head Coach for the 2011-2012 season and now He is currently the head coach.

By the way, those are a bit flashback and introduction about the school where it has been rapidly growing. There are lots of programs for the students and the parents which easy access every time. Actually, the Information Technology High School has four IT specialists in their learning. It is such as web design, video production, Cisco systems, or Apple systems. Apparently, some graduates get certification to work as Cisco or Apple technicians.

They may get college credit through the current IT course. Some graduations with CTE (Career and Technical Education) Diploma even able to take Advanced Placement classes. In addition, Information Technology High School offers to learn for the student with special needs. During the course, they spend most of the day with their normal peers. Fantastic! 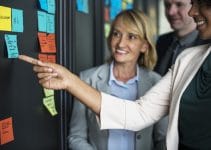